OR     The Evolution of A Historian

Over the past 50 + years the book collection of of a teenager (housed on the headboard shelf of my twin bed) has seen the growth and retraction of literally hundreds of volumes. In this blog, I hope to share many of those memories (sort of a scholar’s memoir) along with updates as to where that life has brought me. I hope that any readers who may stumble upon this blog won’t think me too wrapped up in myself, but take this to be a tale of the making of a writer. Now, as to the collection, I began last time sharing the first two books which I ever purchased, just to set the beginning of this odyssey into the realm of the mind. Between those books and and the creation of a historical scholar’s identity, there were many false starts and just as many diversions. So let us begin with the DC series of comic books. Superman, Wonder Woman, the Flash, Green Lantern  , Green Arrow, and a host of others – essentially the Justice League of America, formed the basis of my personal mythology. I never cared that much for Batman. This was a combination of that silly early 60’s TV show and the dark tone of the descendants of Detective Comics. My taste ran more to the All American Superheroes personified by Superman. The same goes for Marvel Comics’ conception for flawed characters and bizarre psychodrama of Spiderman, The Hulk, Fantastic Four, et. al. I believe that I had enough personal teenage angst to deal with without adding the angst of my superheroes as well.

Along with the comic book melange at the base of my intellectual identity, there was of course all of the required reading in the American High School canon. To escape this mountain of literature and its psychic influence, I turned to two series of contemporary fiction (contemporary to the 60’s that is) to fill my long commutes back and forth to school. Beginning with the mysteries of Agatha Christie (which introduced me to the British ways of thinking and perceiving the world), I filled many a public bus ride. Then one day during a 10th grade quarterly exam week (we got off a half day during those weeks) I walked into a downtown movie palace and saw my first 007 movie. Now along with Hercule Poirot and Miss Marple, my bus rides were consumed with Ian Fleming’s tales of a new kind of superhero, “Bond, James Bond”. Goldfinger only added to my growing sense of British propriety and the ‘proper way of doing things”. Soon, that twin bed headboard shelf was crammed with the complete 007 series and a selection of Agatha Christie mysteries along with the First Two and a smattering of paperbacks of all descriptions.

Such are but several of the planks that built the intellectual platform upon which the mansion of my mental estate was furnished. Alas, most of these books – paperbacks all –  have disintegrated into the dusty corners of my brain.

YES, It took me nine years to earn my Bachelor’s Degree – but this was my wife’s fault, she seduced me after my sophomore college year – and I had to finish the last 2 years (aka 4 years) as a part time student. It was during those first two years though, that certain things began to fall into place that would set me on the path to a lifetime of historical inquiry. Entering college with a declared major of History, my studies began with the usual run of “survey courses” – Western Civ., American History, and Louisiana History. Prior to college, I had become interested in Russian History, but my school only offered two “survey courses” in Russia and not until 3rd year curricula. So along with all the normal graduation requirements – English, Science, language, etc. I was casting about for something interesting to study. It was then in my sophomore year, I walked into the “survey course” of English History. Dr. Gerald P. Bodet was the professor of English History offering a laundry list of British courses that filled up way more than three years of study. Combining his style and personality, he made British History come alive with fascinating stories, large doses of humor, and a somewhat witty irony that presented the sequence of events and personalities. 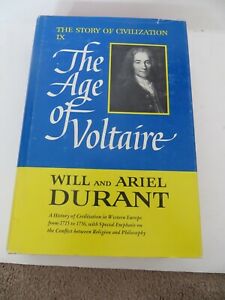 This is the Durant set I own.

Outside of the academic world, certain other occurrences began to define my approach to the study. Visiting my newly-wed brother shortly after H.S. graduation, he recommended a book that became foundational to my more formal historical pursuits. The book was a romance by Rosemary Sutcliffe called Sword at Sunset. It retold the tales of King Arthur set in its probable timeframe between the end of Roman Britain (c. 410 AD) and the rise of the Celtic British kingdoms trying with sporadic success to hold back the influx of the Germanic, Irish, and Pictish “barbarians”. From the non-fiction branch of historical inquiry, about that same time I acquired a set of books that further impacted the direction of my assays and analyses of the past. Usually offered as a loss leader into a variety of bookclubs was Will Durant’s The Story of Civilization in 11 volumes. This set, along with my ever-growing shelf of Arthuriana, became the foundations of my whole career in History whether as student, teacher, writer, blogger, or scholar. Both of these works are now on the foundation shelves in my study.

This is the leather Durant set I want.

And now this blog post is becoming way too long. So we now fast forward to today. I still consult Will Durant and my Arthurian collection on a regular basis, if only as a distraction to my current projects in colonial and antebellum Louisiana and American History. As I sit or stand in my study wondering what to tackle next, these friends stand, as if behind me and patting me on the back, push me forward in new and different directions as my scholarly and culinary activities combine into a new pattern of life wherein:

I Read History, and I Write History.

In closing – another teaser–, as I  bring my historical career full circle, all of those years of study, of lecturing, and of writing have resulted in …

Look for this new volume in the Fall.